Top Brunch Spots has all of the guides you need for breakfast, brunch and dinner.

Our cheese is made from rBST free raw cow’s milk. Only three other ingredients are added. The AmaBlu® blue cheese recipe was created here at the caves in 1936 by Felix Frederiksen. It is the first blue cheese made and marketed nationally from the first site of American made blue cheese.

Today we faithfully follow the original recipe, carefully making cheese by hand in traditional open vats. There are no artificial additives or flavor enzymes – only Grade A milk, traditional starter culture (cheese ripening bacteria), salt and Penicillium rocquefortii (to create the blue veining) are added. The cheese are hand salted then cured and aged to their full potential.

In 1854 a German immigrant named Gottfried Fleckenstein began using the natural sandstone caves along the Straight River for brewing and storing beer. The largest natural cave (still in use today) was enlarged in 1936, then entirely new caves were hand hewn from the sandstone rock beginning in 1938.

St. Peter sandstone has four unique properties: 1) as the beach sand washed out by the last glaciers, it is remarkably pure (99.9% pure quartzite; 2) water can freely move vertically and horizontally, so cave ceilings never drip; 3) it is self supporting in a Gothic arch, so no internal supports are normally needed; and 4) it is slightly acidic.

Legend holds that the first blue cheese was born in the natural caves of France where ideal humidity and temperature conditions allowed native blue green molds to flourish. That tradition lives on at Caves of Faribault®, on the site where America’s first blue cheese was made, and where every hand made batch of award winning AmaBlu® and St. Pete’s Select™ blue cheese is aged in sandstone caves carved from the river bluffs.  Faribault, MN is on nearly the same line of latitude as Roquefort, France. The atmosphere within our caves is ideal for the curing and aging of blue cheese.

The formation of St. Peter Sandstone goes back to the last glacial age. St. Peter Sandstone is the beach sand deposit from the glacier’s retreat. Found only in Minnesota, Iowa, Illinois and northern Missouri, this sandstone is geologically rare. It is uniquely qualified for aging cheese and lagering beer. The caves began serving this purpose in 1854 when Gottfried and Ernst Fleckenstein used the caves to brew and age their beer made at Fleckenstein Brewing Co. They had to close down that operation due to The Prohibition of Alcohol beginning imposed in the year 1919 and lasting until 1933.

In December 1936, Mr. Felix Frederiksen purchased the caves and set up shop for the first blue cheese to be made in the United States. He named his company Treasure Cave, Inc.

Today, Caves of Faribault® is the only U.S. cheese maker still curing and aging blue cheese exclusively in caves. This traditional process allows the AmaBlu® blue and gorgonzola and St. Pete’s Select™ blue cheeses to distinguish themselves with a complex, complicated yet delightfully intimate flavor.

The caves amass nearly an acre’s-worth of land within the sandstone bluff.  Over time, sections have been carved to form a network of twelve caves.  The St. Peter Sandstone is self-supporting to gothic arches, enable the cave ceilings to hold twenty-two feet in height.  You don’t have to be short in stature to work in these caves.

Our dedicated employees realize you can’t rush premium blue cheese; we cave age our cheeses well beyond industry standards to achieve their full flavor potential. The caves allow us to work in tandem with nature to create truly legendary cheeses.

Due to Federal regulations we do not have tours of the facility available to the public, however you can take our virtual tour or visit our retail cheese shop:   The Cheese Cave  318 Central Ave N.  Faribault, MN  55021

What is blue cheese?

Blue cheese is defined in TITLE 21; CHAPTER I;PART 133; Subpart B of the Code of Federal Regulations (CFR) as follows:

(a) Description. (1) Blue cheese is the food prepared by the procedure set forth in paragraph (a)(2), of this section, or by any other procedure which produces a finished cheese having the same physical and chemical properties. It is characterized by the presence of bluish-green mold, Penicillium roquefortii, throughout the cheese. The minimum milkfat content is 50 percent by weight of the solids and the maximum moisture content is 46 percent by weight, as determined by the methods described in Sec. 133.5. The dairy ingredients used may be pasteurized. Blue cheese is at least 60 days old.”

Why is blue cheese veining green?

There are many strains of Penicillium roquefortii used to produce the several hundred types of blue cheese made in the world today. The strains chosen greatly influence the flavor and texture of the finished cheese. Colors of the veining in ripened cheese can range from yellow green to dark blue.

The P. rocquefortii is necessary to give blue cheese its characteristic flavor. (Technically, it oxidizes fatty acids and produces methyl ketones; 2 – heptanone is a primary flavor compound).

The strains used to produce AmaBlu® Premium American Blue Cheese are selected for their fine flavor development and are typically more green than blue.

I just opened my package of AmaBlu® “St. Pete’s Select” and the veining looks yellow. Is this normal?

In order to create the “complex, complicated yet delightfully intimate”™ flavor of Amablu® the cheese are carefully ripened in three distinct phases. The first phase is the initial ripening which takes place in the Salting Room. During this phase the P. rocquefortii becomes active and spreads throughout the cheese as colorless mycelia – the vegetative stage.

The second phase of ripening occurs in the Cure Cave. During this phase the blue cheese wheels are placed in special food grade plastic crates that allow the air to circulate freely around and through the cheese (the cheese wheels are “punched” with special stainless steel needles to provide openings to the interior of the cheese). The environment in the Cure Cave is ideal for promoting the growth of the blue veining. The Cure Cave has the delightfully fresh fragrance of an earthy garden in spring.

As the veining grows the P. rocuqefortii mature and develop fruiting bodies (sporocysts). It is the fruiting bodies that give blue cheese its characteristic blue green veining.

After ripening to the desired degree the cheese are placed in special hygienic pouches, sealed and moved to the Aging Cave. During this phase the P. roquefortii is deprived of oxygen and “goes to sleep”. Flavor development slowly continues as complex interactions occur between the starter culture bacteria derivatives and the mold metabolites. (See Frank Kosikowski’s classic “Cheese and Fermented Milk Foods” for a thorough account of the processes – and some pictures of our caves!)

The sleeping mold slowly loses its color in the absence of oxygen, going from blue – green to green to yellow. AmaBlu “St. Pete’s Select” is cave aged over 100 days. So, if your wheel of St. Pete’s has yellowish veining it’s simply assuring you that it is well aged! Allow the cheese to “breathe” at room temperature for 30 minutes and watch the blue green color magically restore as the P. roquefortii awakens.

Why is AmaBlu® aged in sandstone caves?

Second, St. Peter Sandstone is unique in that moisture can migrate both vertically and horizontally in the rock. This allows the interior cave wall to maintain a fresh, sandy smell. The undesirable ammonia compounds (nitrogen plus water) given off during ripening are transported back to the outside air (air is 79% nitrogen).

Finally, the caves maintain a relative humidity in excess of 90% without mechanical humidification. This ensures natural ripening conditions in a uniquely hygienic environment.

Can I freeze blue cheese?

Yes, if you must. Tightly wrap the cheese in saran, cover with freezer paper and freeze for up to six months. Thaw the cheese for several days in your refrigerator. Open the cheese and allow it to breathe for 30’ at room temperature prior serving. Blue cheese that has been frozen will typically be somewhat less creamy and the flavor may be muted.  Only freeze if you have to, otherwise refrigerate throughout the “enjoy by” date on the original packaging.

Are your products pasteurized?

Natural cheese has a history of safe production dating back over 7,000 years. “Heat treated” raw milk cheeses follow that tradition. With the advent of milk pasteurization in the early 1900’s many cheeses were also made with pasteurized milk. In general, the traditional “heat treated” cheeses tend to have a more complex flavor profile when compared to cheeses manufactured with pasteurized milk. Both cheesemaking methods produce safe products that are compliant with modern food safety plans.

A helpful tip to determine if a dairy product is pasteurized is to read the label—if it says “pasteurized,” it is; it does not, chances are it is heat-treated.

Are your products gluten-free?

Are your products organic and kosher?

We have the capability to produce both organic and kosher product and do so at the request of our customers, but our standard run of product is not organic or kosher.

Are your products Halal-certified? 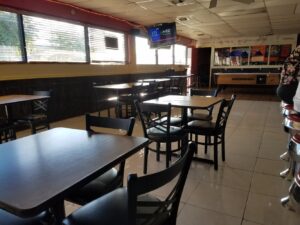 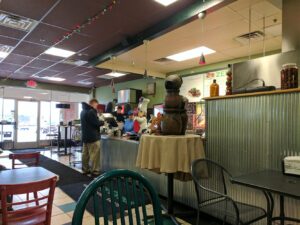 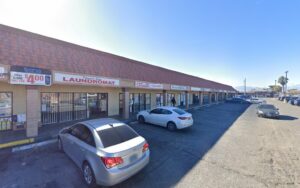 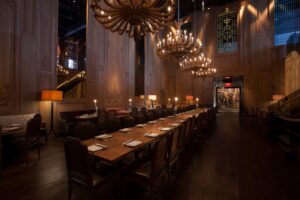 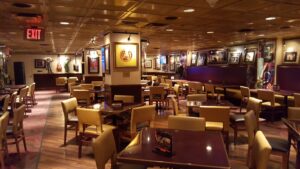 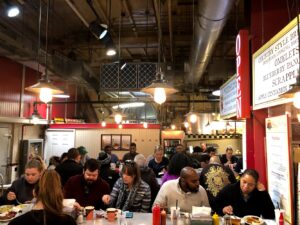 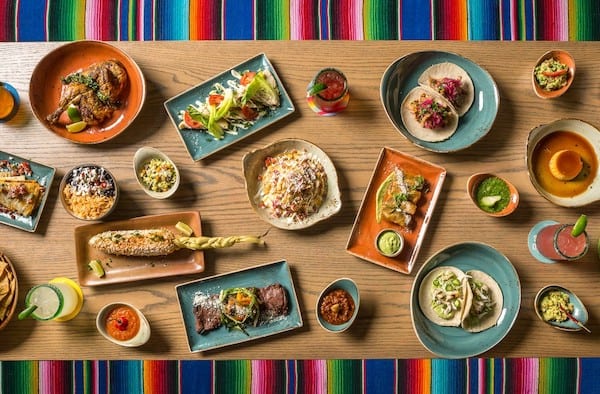