When Did Brunch Become So Popular?

The origins of brunch are actually fairly recent in historical terms and they are well documented to boot. The first known usage of the word in writing was a short essay published in an issue of Britain’s Hunter’s Weekly in 1895 authored by Guy Beringer called Brunch: A Plea.

In it, Beringer made a case for the need of introducing a new meal that would combine the greatest of breakfast and lunch into a single meal that would be held later in the day. It was originally intended to be a Sunday reprieve from the hangovers received thanks to the previous night’s festivities.

Brunch didn’t take too long to catch on in London after the circulation of Beringer’s essay, but it was sometime before it made the hop across the pond and became fashionable in places like New York City.

It wasn’t until the 1930’s that brunch began to take the United States by storm. During this time, brunch was catching on in high society and in 1939, The New York Times fully endorsed brunch by declaring Sunday a two-meal day.

The rise of brunch wasn’t exactly meteoric however, but it did stick around and continue to gain some steam over the coming decades.

According to the Washington Post, once the 1960’s came around, the popularity of brunch engendered the creation of brunch-specific cookbooks – proving it had carved out its own niche in pop culture. It wasn’t until the 1990’s that Americans began to brunch on both Sunday and Saturday making it an all-weekend affair.

It was around this time that brunch became something that wasn’t just for the wealthy elite and began to find its place in regular households for the first time.

Some suggest the more recent mass adoption of brunch is thanks, at least in part, to the titillating Sex and the City television show which glorified the glamorous lifestyle of the four main characters who made Sunday brunch a regular part of their lives.

Whether or not Sex and the City is to blame, Google Trends shows the steady rise of search interest in Brunch since 2004. Brunch is not only here to stay, it’s actually continuing to make its presence known across the country.

As of now, most brunching seems to take place in coastal and urban areas while the Midwest and more central areas of the nation are still a bit slow to catch on. This trend is common in food and other pop culture phenomena starting on the coasts and taking their time to work their way inward.

The recent surge in brunch is thanks to many modern Americans beginning to forgo breakfast altogether. Brunch is a great way to sate breakfast food cravings for those of us who generally don’t eat breakfast throughout the week.

It’s also a wonderful excuse to sleep in and laze about in the middle of the day with a few cocktails.

With all the great aspects of brunch to love it’s no wonder the popularity of brunch has seen a steady climb this past century and become the star of weekend meals in recent years. 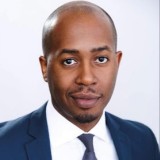 Here at Top Brunch Spots, we are foodies believing it is meant to be truly tasted, savored, and enjoyed, not simply consumed.

We are excited to share our experiences and enthusiasm with you, whether it’s just to help you find a decent place to eat while you’re traveling or want to enjoy an amazing brunch in your home city.

This site uses Akismet to reduce spam. Learn how your comment data is processed.